Uncompromising.  That’s what they say about this film.  What I say is “They sure don’t make Westerns like they used to.”

More terrifying than any horror film, the challenges faced by The Revenant’s protagonist are relentless.  The story is inspired by a real-life frontiersman and takes place in the early 1800s in the northern Louisiana Purchase territory, which is now Montana and South Dakota.  (I tell you this, but I had to look it up.  The film-makers don’t bother with the usual informative titles like “This is Where” and “This is When”.  They just throw you into the snow and dirt and start moving.)

Uncompromising?  You bet.  The story, the landscape, the acting… just WOW!  It absolutely delivers.  From one ordeal to another, it is masterful film-making that draws us subtly and imperceptibly into this dramatic adventure.  At one point I realized that I was completely invested in this character’s harsh odyssey, and that I was literally on the edge of my seat.

I happen to really like movies like this:  tough and gritty.  It’s you, the land, the elements, and whatever your idea of God is.  Which even that is a bit indulgent:  these folks are too busy in an “Extreme Outward Bound” situation to trifle over such issues.  But there IS an underlying spirituality to it all… mother nature, life and death, and the painfully transcending experience of grief.

Oh dear.  I’m afraid you’ll think this movie is a grind.  “Two and half hours?” you may think.  “Of snow and dirt and terror??”

Actually, it is extraordinarily beautiful and richly expansive, IF!… you have a taste for such intense films.  I was deeply moved and completely engaged throughout.

Inevitably, I was reminded how completely spoiled we are.  With our ya know, ELECTRICITY, and our of course, RUNNING WATER.  And, it randomly occurred to me while watching this outdoorsy freeze-fest, “Thank God for blow-dryers!”  (If you see it, you’ll know why.)  But I actually started being grateful for a ton of stuff while I was watching.

And I thought about that word uncompromising, how in this time in history we CAN compromise with life and even death, if we want to.  Whether it be through science, modern medicine, or just communications technology, we have so much more control over our experiences than these folks did.  And yet the universal truth that The Revenant focuses on is:

“Life is definitely one damned thing after another… But ultimately we are redeemed by the strength of our character and the purity of our inner souls.” 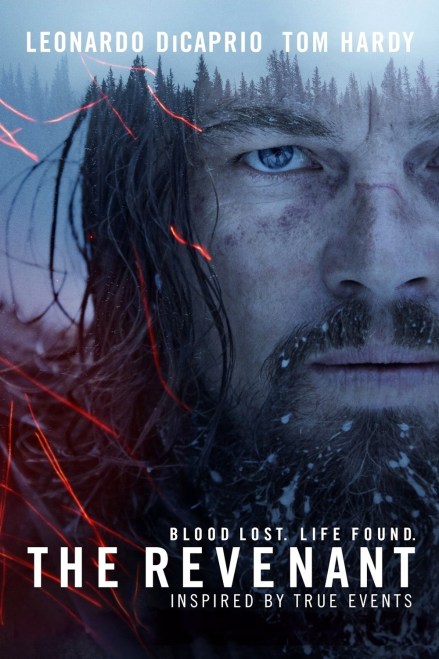